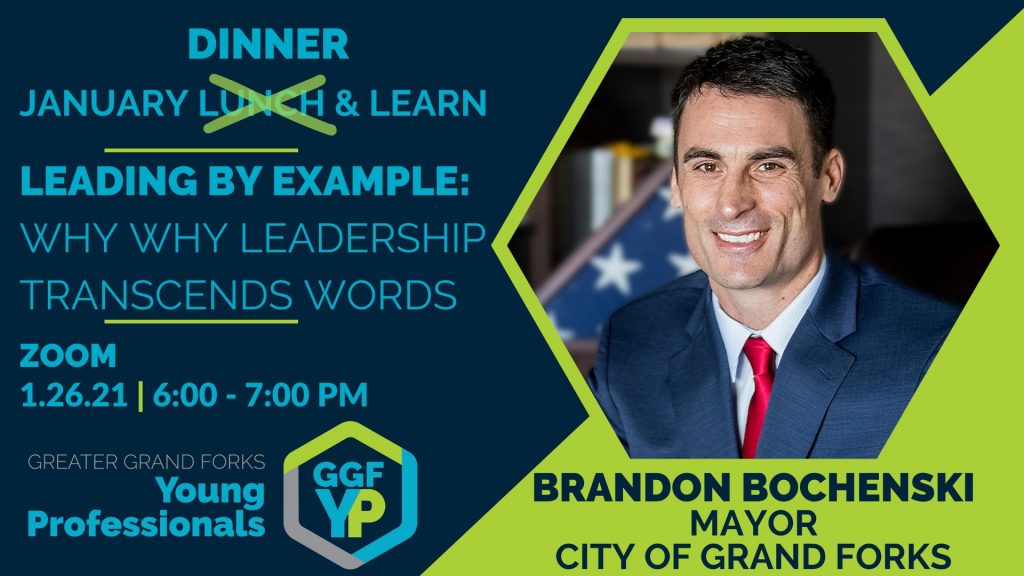 Join the Greater Grand Forks Young Professionals for our January Dinner & Learn on January 26 from 6:00-7:00 pm.

Brandon Bochenski was born in Blaine, Minnesota where he spent his youth up until his graduation from high school.

In 2001 the beloved sport of hockey brought him to Grand Forks where he played for the University of North Dakota (UND) and eventually graduated with a bachelor’s degree in Business Economics. While in Grand Forks, he met his wife, Jenny, and is now a proud father to their daughter Sylvia and sons Henry and Charles.

Following his time at UND, he immediately began a professional hockey career that would take him all over the world through stints in the AHL, NHL, and KHL. Bochenski retired from professional hockey in 2017 to concentrate on his family and returned to Grand Forks where he began a career in real estate.

Elected in June 2020 as the Mayor of Grand Forks, his first sixth months in office have been spent leading the community through the COVID-19 pandemic, formulating the City’s 2021 budget, and focusing on community-wide economic development initiatives