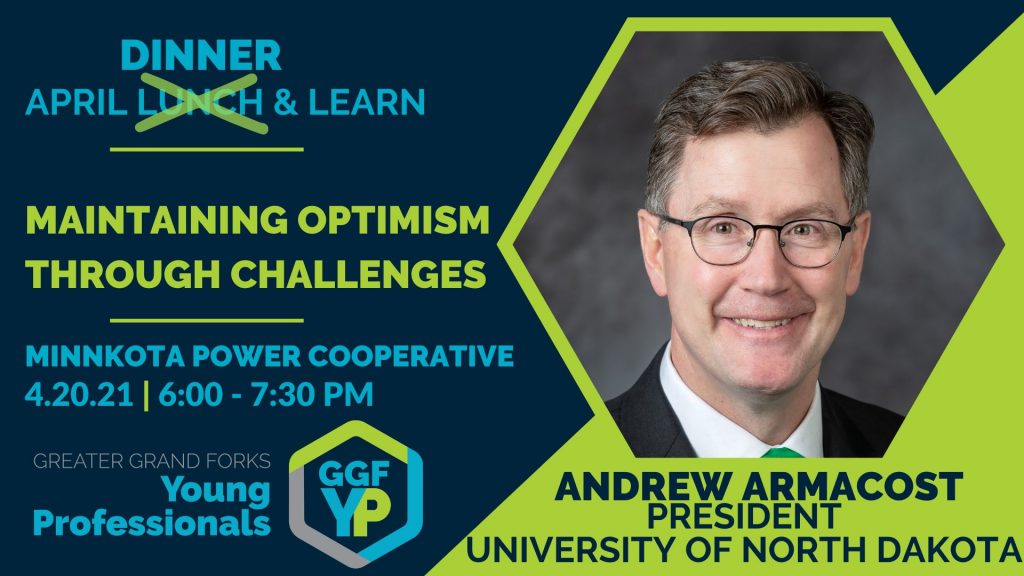 Andrew Armacost was chosen by the State Board of Higher Education to serve as the University of North Dakota’s 13th president on Dec. 3, 2019.

A native of Glendale, Wis., in suburban Milwaukee, Armacost officially began his tenure as UND President on June 1, 2020.

Armacost came to UND after completing his service as the Dean of the Faculty at the U.S. Air Force Academy. With more than 30 years on active duty and 20 years at the Academy, Armacost served in the rank of Brigadier General as the chief academic officer for the nationally ranked and top-funded undergraduate research institution. Over the years, Armacost has been a champion of shared governance, academic freedom, inclusion, student growth, and applied learning and research.

As a former student-athlete and campus leader at Northwestern University, Armacost is a strong proponent of providing curricular and extra-curricular opportunities that promote growth and development in all students and the opportunity to leverage education for a better society. His degrees include a Bachelor of Science in Industrial Engineering from Northwestern, and a Master of Science and Ph.D. in Operations Research from the Massachusetts Institute of Technology.

Andy and Kathy Armacost are the proud parents of Ava, a 2018 graduate of Northwestern University (Cognitive Science), and Audrey, a 2020 graduate of the University of Oklahoma (Drama).